The science behind Lionel Messi’s dribbling 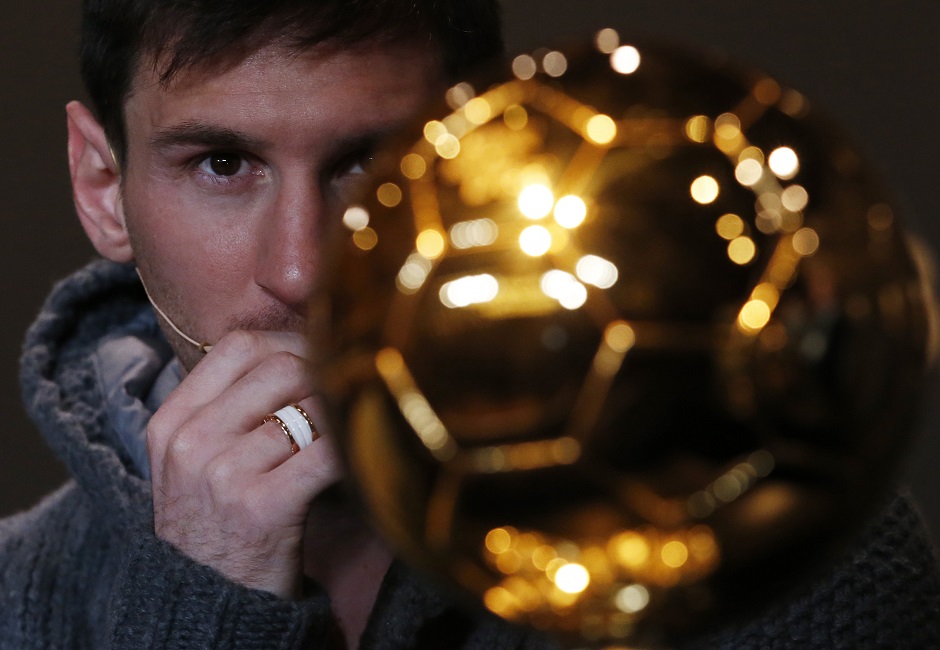 By coachkwaku@gmail.com   |   May 24, 2016
Comments Off on The science behind Lionel Messi’s dribbling

Barcelona sensation Lionel Messi just added another feather to his enviable hat in the form of the UEFA Best Player in Europe award for his phenomenal performances last season. He netted as many as 58 goals and 31 assists while engaging in a mouth-watering battle with rival Cristiano Ronaldo for superiority in the La Liga as well as the Champions League, both of which his team won.

The Argentine is now going into the 2015/2016 season stronger than ever and will undoubtedly be looking to break more records this season. A record-shattering fifth Ballon d’Or looks set to fall into his lap at the end of this year, and the fact that he’s achieved all of this before turning 30 is – there’s no other term for it – absolutely mind-boggling.

One of Messi’s most distinctive assets is his dribbling ability, which has often left defenders for dead. In fact, stats taken from the 2014 World Cup show that the Argentine superstar was the best dribbler of the tournament, and by far.

Messi, of course, makes it all look really simple. But then again he’s no ordinary player, which is why we’re going to take a look at the science behind his insane dribbling.

Low centre of gravity contributes to his incredible balance

A factor that greatly contributes to Messi’s insane dribbling is his slight frame. At 5ft 7in he boasts of a low centre gravity, enabling him to achieve a perfect combination of balance, agility and speed. His short stature was often taken as a weakness by opposition players when he first started out; that allowed Messi to unsuspectingly break free from his shacklers with some neat footwork, and score some truly memorable goals in the process.

One could say that it was Messi’s destiny to become one of football’s greatest dribblers. He was never going to have the height of his much taller peers, or the muscles of Cristiano Ronaldo, which left dribbling as the only realistic aspect of his game to perfect. And to say that he has done exactly that would be a tremendous understatement.

Speed also has a great part to play in Messi’s magic-like ball control. Studies have shown that a footballer’s muscles are flooded with lactic acid after high-speed dribbling, and in order to overcome this a footballer must be gifted with intense speed – which Messi has in abundance.

His pint-sized stature also allows him to endure more exertion than a lot of his peers.

Another factor that has undoubtedly contributed to Messi’s dribbling expertise is his sheer hard work as a lad at La Masia. While growing up Messi was well aware of the fact that he was a bit different from the other boys due to his growth hormone defect, and that he wouldn’t grow to be as tall as an average human being. However, his indomitable willpower, which we know so well today, spurred him on and created the dribbler we know today.

A Swedish study which attempted to decode the science behind Messi’s dribbling also has its own theory. The study concluded that the player’s extraordinary dribbling originates from his excellent brainwork, which allows him to read the game much quicker than his opponents would, hence enabling him to be one step ahead of them. So Messi’s skills relate not just to his feet, but to his grey matter too – which is a pretty intriguing thought.

Of course, these are just theories and not hard, proven facts, which leaves the enigma of the science behind Messi’s dribbling wide open. However, it is pointless to sweat too much over it as the beauty of anything lies in the end product and not in what makes it tick.

So whenever Lionel Messi takes to the field, just shut the world out, keep your eyes fixed on the screen and let yourself be mesmerised by the magic of the little master.

BY: by Danny Nazareth, SPORTS SKEEDA